At the 4th International Conference on Figurative Thought and Language (FTL4) organized by the Catholic University in Braga I had a talk Mixed, entangled, and narrative metaphors.  The paper aimed at presenting three types of atypical metaphors in the Synamet—Polish Corpus of Synesthetic Metaphors. During the annotation of texts from blogs, three types of metaphor were distinguished that cannot be described using the CMT. The problematic metaphors found in our corpus are mixed metaphors, “entangled” metaphors, and extended (narrative) metaphors. 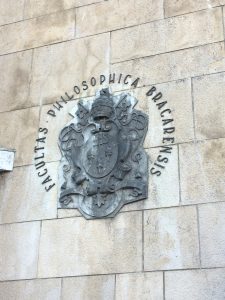 At the III International Conference Keywords 2017 held at the University of Warsaw was presented a paper Keywords in synesthetic metaphors. 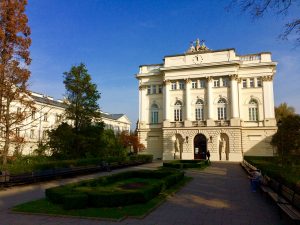 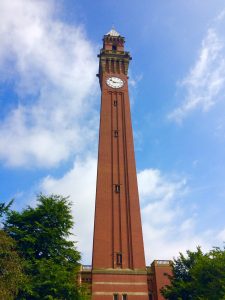 At the 9th International Corpus Linguistics Conference held at Birmingham University (25-29.07), we had a talk Building Polish Corpus of Synesthetic Metaphor. The paper outlined the results of the statistical analysis of the corpus and the main problems which have occurred during annotation. 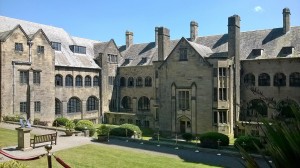 At the 6th UKCLCL conference at Bangor (19-22.07.2016), we had a talk Frame-based analysis of synesthetic metaphors in Polish. We concentrated on our problems with frame semantics as a tool for metaphor annotation in the corpus Synamet. 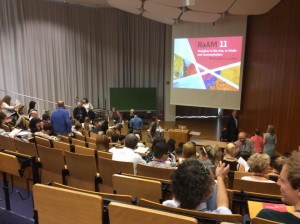 We have a chance to present our project at the 11th RaAM conference in Berlin at the Freie Universität (1-4.07.2016). The topic of the conference was „Metaphor in the Arts, in Media and Communication”. The talk „Synamet under construction”. Some problematic issues with annotation of synesthetic metaphors in Polish discourse is available on the Slideshare. 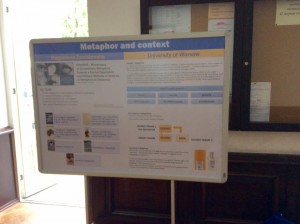 ore new information about the project Synamet were presented: 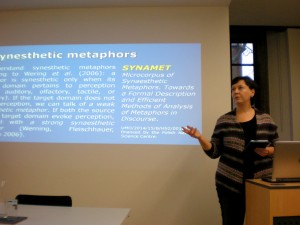 For the first time a preliminary analysis, that have been made as part of the project SYNAMET, were presented at the Slavic Cognitive Linguistics Conference 2015, 14th annual conference of the Slavic Cognitive Linguistics Association „Crossing boundaries: taking a cognitive scientific perspective on Slavic languages and linguistics, Universities of Sheffield and Oxford, UK, 9-13 December 2015. The topic of the presentation was Synesthetic Metaphors in Polish from the perspective of Frame Semantics.

Iconic One Theme | Powered by Wordpress